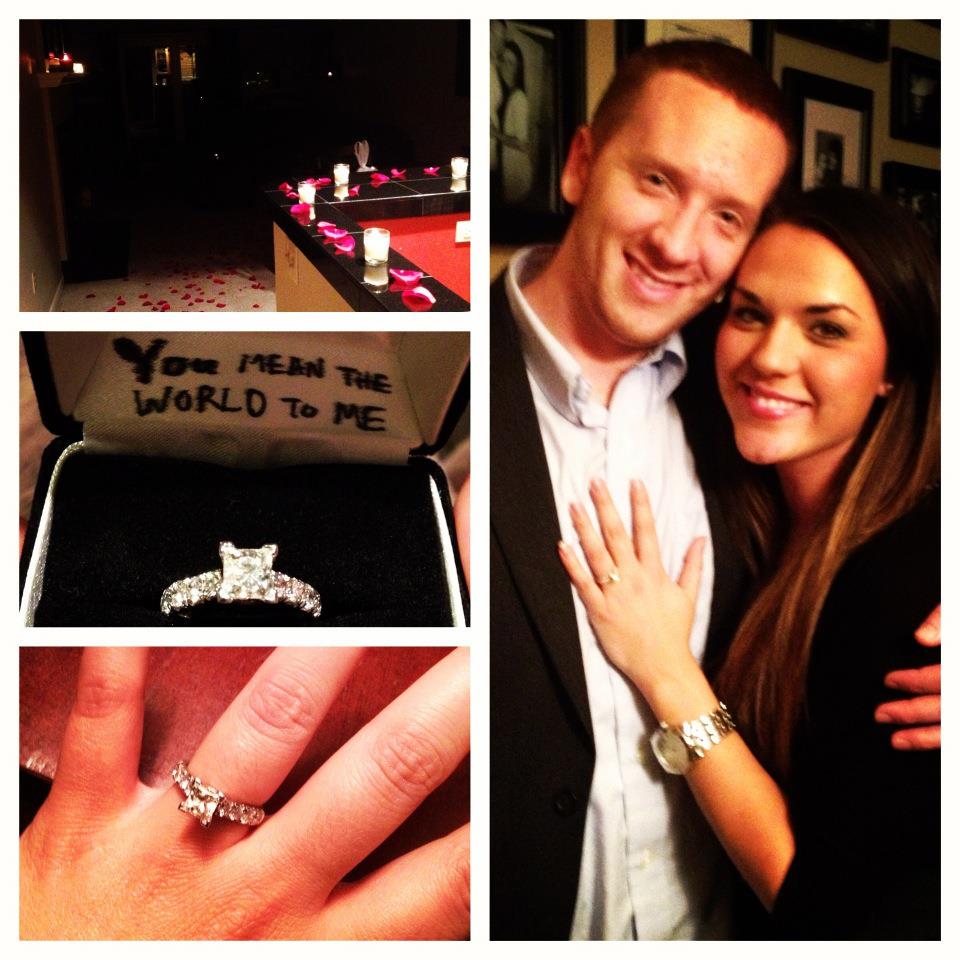 I always knew someday I would marry Lindsy but I wasn’t in a ​rush​​ because I wasn’t too thrilled about the expense and stress ​of it all.  After seeing my sister marry and then her brother I finally decided ​now was the time.  We had been looking forward to a trip to Mexico in November for several months so I wanted to do it before our vacation.

​Since buying a ring pop and running off to elope wasn’t an option I knew it had to be something special.  I remembered Lindsy saying a song we really liked ​(John Legend – Stay with You) would one day be played at her wedding so I decided I was going to do something with the song.  I elected to make a picture book of our relationship with the lyrics of the song on each page.  On the last page I used a pic I took of our chihuahua Riley and the black ring box with the caption, “Will you stay with me?”

Lindsy’s wonderful aunt Kristi owns a jewelry store (Tony’s Master Jewlers) and was able to help me find the perfect ring.  I had to take a Friday off of work to run up to Olympia so I could select the ring undetected.  Kristi ordered the ring I wanted and she even engraved “Stay With You” on the inside.  I elected to propose on a random Friday night because I didn’t want her to be suspicious.  I selected Nov. 2 because my sister and brother-in-law were coming to visit and I wanted them to help me out.

My master plan was to have them light some candles and spread some rose petals while Lindsy and I were dining at our favorite restaurant (a Cena).  It all went off without a hitch!  When we got to our place I presented her with the book and then got down on one knee after she flipped to the last page.  It took her longer than I had expected but she finally said yes.  She was in shock I suppose.

We elected to get married in McMinnville, OR on 8.16.13.  Shortly after our engagement I left my job in Portland of 5 years and moved to Olympia Washington.  Lindsy was offered a great opportunity so we decided to make the leap.  2013 will be an exciting year.  Now I will have to buy a fishing license in both Oregon and Washington.  Thanks to all of those have supported and helped with the transition.