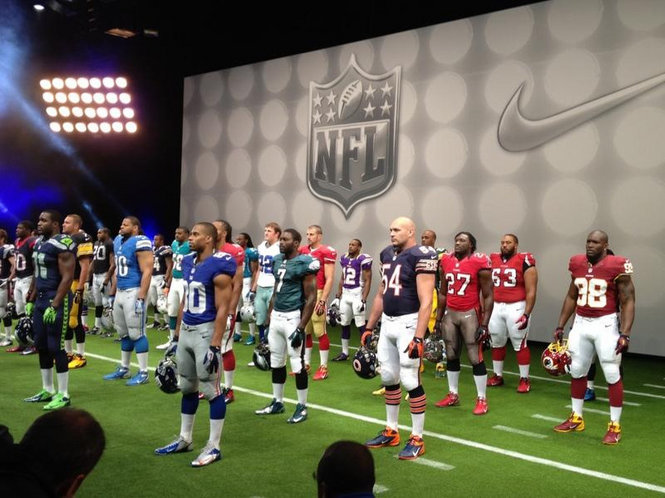 Today Nike became the official apparel provider for the NFL and unveiled new uniforms for all 32 teams.  This historic day marks a new five year deal between Nike and the NFL and ends a 10 year run by Reebok.  According to ESPN, Nike spent $1.1 Billion (nearly double the recent largest Mega Millions lottery drawing in history) on the deal compared to the $250 million Reebok paid.  Needless to say it was more than just a fashion show.

For people like me today was pretty much a holiday, marked on the calendar months in advance, but for most it was just another day at the office.  A lot is being said about the uniforms but I must say it was exactly what I expected.  Nike did a supreme job of integrating the most advanced technologies while remaining true to the traditional team brands (with the exception of the Seahawks).  Of course they had to add a little flare to at least one of the designs.  As an Oregon fan who is accustomed to a tradition of innovation I really appreciated the neon, wings and twelfth man tribute on Seattle’s new look.  Walter Thurmond III is no stranger to unique uni’s.  I am sure he will feel right at home in his new fit.

Love or hate them you can’t deny that Nike is very good at getting people’s attention.  Now that we are all tuned in what’s next?

The jerseys are supposed to be available for pre-sale on April 15 and in stores on April 26. Some Nike apparel is already available at nflshop.com.